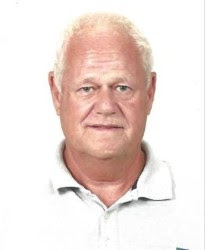 Wayne Freeman, 75, of Wake Forest passed away on August 21, 2018, after a long struggle with cancer.  His family was with him and he passed peacefully.  Wayne was born to Maurice Freeman and Hilda Holmes in Sable River, Nova Scotia.  Wayne married Nicole Roy in 1967.

Wayne lived and worked in Kingston, Ontario starting in 1966.  In 1971 the family moved to Kentville, Nova Scotia to begin work with Huyck.  In 1993 Wayne and Nicole moved to Wake Forest where they have lived since. Wayne worked for Weavexx until he retired at age 62.

A celebration of life gathering will be held at Bright Funeral Home in Wake Forest on Tuesday, August 28th, 1:00pm – 3:00 pm.

In lieu of flowers, the family would appreciate a donation to a charity of your choice, a cancer society chapter or to Transitions LifeCare:

The family wants to extend a special thanks to the team at Transitions for their special care given to Wayne.